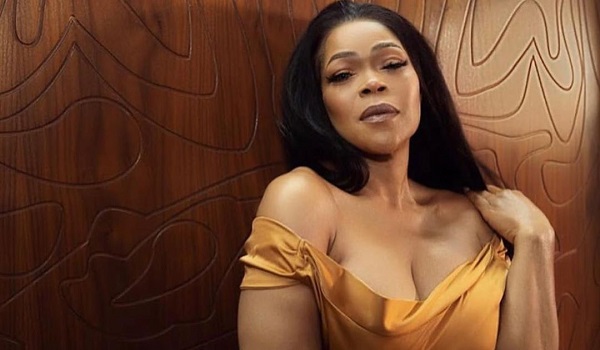 My first introduction to Shaffy Bello was in 1997 on African Independent Telivision’s music show, Kenny’s music.  She was a singer and main dancer in Seyi Sodimu’s hit single, “Love me Jeje”. It was a different kind of song. Her husky voice captivated us as much as her delectable body, encased in a satin dress to show off its features, and we all enjoyed it.

Then suddenly, she vanished from our TV sets until years later, when I suddenly saw her on Tinsel, the long running five days a week series on MultiChoice African Magic channels. Tinsel has been running for twelve years. It must be the longest running series on any Nigerian TV.

Shaffy was born in Nigeria in October 1970, but moved to the United States in the 80s. She returned to Nigeria in 2009 and she starred in a Yoruba Movie called Eti Keta.

There is something different about Shaffy Bello. She has a way of interpreting whatever role she is given that would make the audience believe that must be her true lifestyle.

Shaffy can be the spoiled scheming wife of a wealthy industrialist (AM Battleground), or the mistress of a rich man who decided to have a child for the husband of her madam’s customer (Chief Daddy).  She could be cast as the semi literate single mother who sells clothes in Isale Eko (Ovie’s Voice), or the returnee who was nearly swindled by a romance scammer.

The following list is not exhaustive, but here are some of the movies and shows Shaffy Bello has acted in: