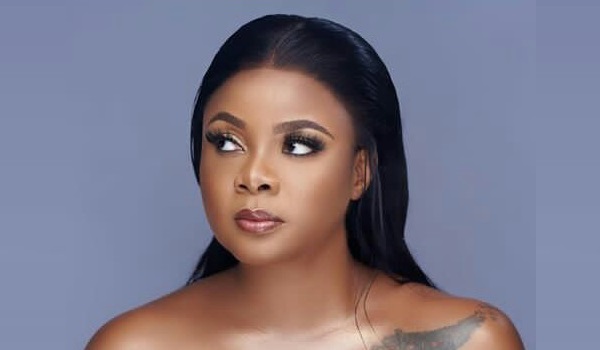 Bimbo’s face is so expressive that sometimes you would just burst into laughter just by looking at her face, she has not uttered a word, but she is speaking so much with her face. It is interesting to note that she just joined Nollywood in 2014, barely 6 years ago and has already established herself as a force to be reckoned with in the industry.

Bimbo Ademoye was born on was born on February 4, 1991 and raised by her single father. Despite her talent and skills, she did not study drama or theatre. She studied Business Administration at Covenant University. Graduates of Covenant University are known to be versatile and industrious in their chosen professions. Bimbo played the role of Bola Sugar in Sugar Rush.  She was the over-pampered youngest sister of the three sisters who could not keep her mouth shut and was always getting them into more trouble at every opportunity.

Before her role in Sugar Rush, Bimbo Ademoye was largely known for her comedic and dramatic roles in movies like Backup wife and Searching for Baami.  Below is a list of some of the movies she has appeared in.