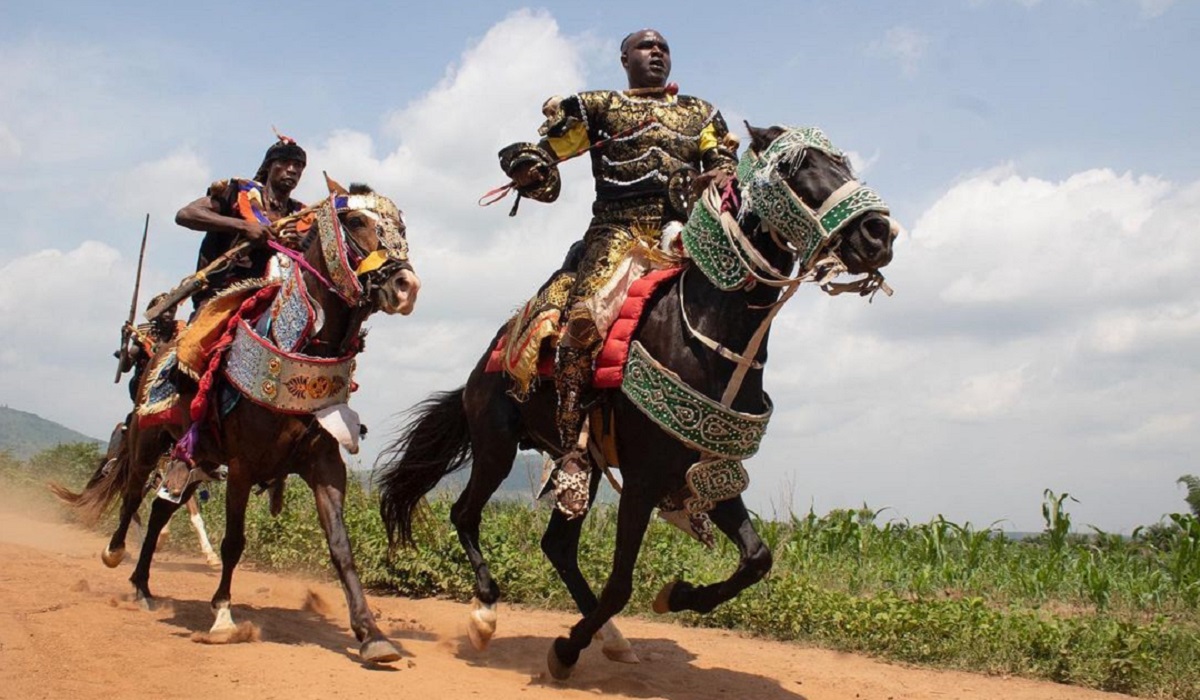 Synopsis: King of thieves is an epic tale of Agesinkole, an all-powerful bandit, and his reign of terror in the prosperous Kingdom of Ajeromi. Concerned by his pillaging, the kingdom moves to destroy him through the hunters, witches and priests, thus beginning this adventurous saga of revenge, bravery, and glory.

The Review: King of Thieves

For so long, we had wondered when we would be treated to the special effects that Yoruba mythology is deserving of, the same way we are in Greek mythology movies. The movie, Agesinkole, brings it in spades. The trailer is beautiful, and the movie lives beyond the expectations generated.

The storytelling in King Of Thieves is top-notch, the movie starts in the present, in a seemingly innocent scene, and then just like that, it transports you to the past. You follow the story, every major character is distinct with their individual verbal cues and physical tics. The comedy is appropriate and situational, it makes for a beautiful epic story.

Yoruba language is a language of proverbs and word play, warriors joust with words, before they unsheathe swords, Agesinkole has memorable word play and verbal jousting that makes you fall in love with the language all over again. The story is told in short scenes, and every scene adds up to the whole, there is no repetition of the story in multiple scenes, just acting that adds up to the whole.

One of the major decisions that makes or mars a movie is the casting. King of Thieves has excellent casting and every character carries their end of the movie, giving a beautiful tapestry that is Agesinkole. As the lead character, Femi Adebayo is a beauty to watch in his role. Toyin Abraham is the female lead, and straight from her first scene, we know who she is, and she does not let up till the end. Odunlade Adekola is regal as Kabiyesi, and his authority is unquestionable.

The movie has a lot of Yoruba Nollywood lead actors in supporting roles, and you can see the synergy that has been built over the years. We need to see more of this synergy in the industry. A major challenge that an epic movie could have is using the appropriate crowd to provide the energy. Many previous Nigerian epics had scanty crowds, or CGI (computer-generated image) that does not work, but Agesinkole has a lot of extras that provide the right atmosphere. And the CGI is outstanding.

The cinematography in King of Thieves is top-notch; there are unusual camera angles that show you the beauty of a particular scene. Colouring is distinct and appropriate; there is a clear difference between the renderings of the past and the present. The effects are of international standard, reminding you of Marvel movies. The editing is on point. The costumes and props are on point, and you see a display of skills in using all the props provided. The soundtrack draws you into each scene, and it is apparent that it is specifically made for the movie.

While the movie is an epic fiction, it adds a bit of political satire. The only issue I have is how it does not tell us how Ogungbadebede got his powers. That, however, does not take away from the excellence and beauty of this production. See the official trailer below.

2 thoughts on “Movie Review: King Of Thieves (Agesinkole) is an epic production that gets a standing ovation”