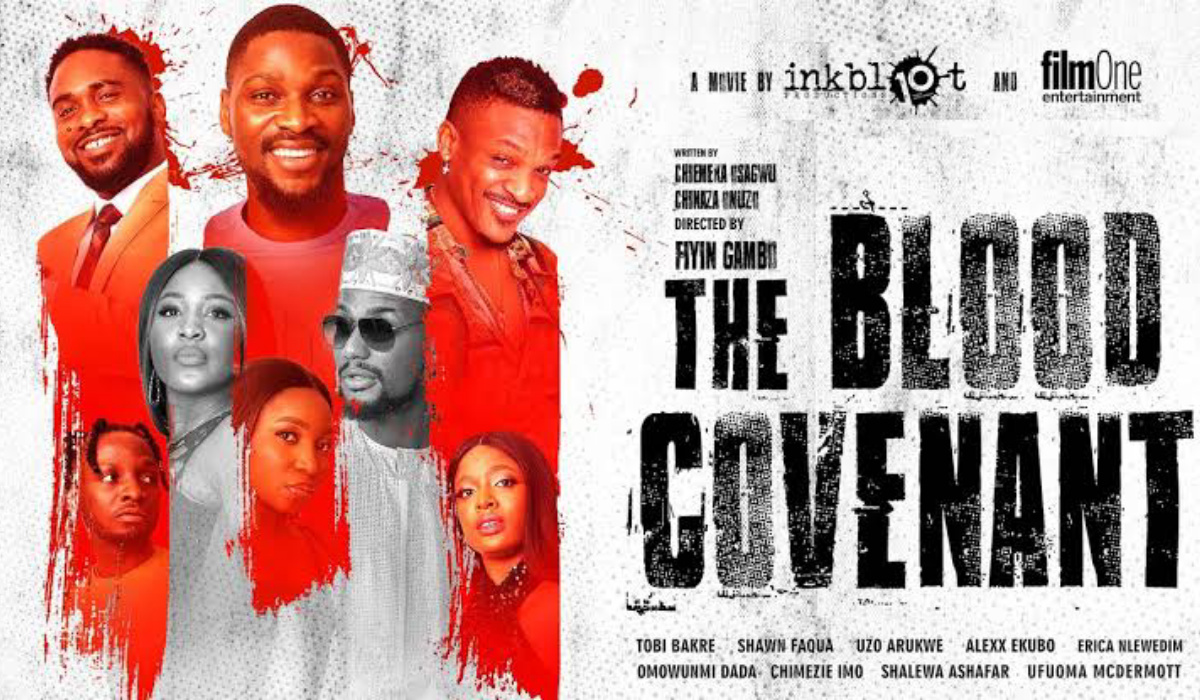 ‘The Blood Covenant’, a gripping tale of the evils of money rituals, greed, peer pressure, and corruption, revolves around the lives of three friends as they navigate society’s suffocating boots and the get-rich-quick syndrome. Tired of being looked down upon, they embark on a relentless quest for the high life, chasing easy money, fast cars, and fame, and willing to do whatever it takes no matter what it costs them.

The Blood Covenant starts innocuously, like it would be something boring, and then suddenly hits you with twists and turns, keeping you on the edge of your seat. You find yourself rooting for some characters, and you are not even sure who the protagonist is.

The story seems like the old Nollywood money ritual story, but this is totally different. It brings a fresh perspective, and the end is both expected and unexpected. You have to see the movie to understand that.

The casting director deserves a pat on the back; the chemistry between the three lead characters is not one I have seen in a long time in Nollywood. Tobi Bakre would look good in anything, even in rags. Shawn Faqua is a methodical actor who would make you believe he is the elite drug user, and Uzor Arukwe embodies the business executive. Making these three friends, with their different idiosyncrasies, works really great in this movie. Ufuoma McDermott does not have enough screen time, though. She is a great actor, and I would love to see her have more screen time.

There are a few drawbacks from the movie. Some actions are told, not acted, by the characters. The level of belief we need to suspend for some parts of the story would make you wonder. Also, and this could be due to the cinema I saw the movie in, but the cinematography is not the best I have seen in recent times. Some scenes are darker than they should be, and some are blurred. These issues do not detract too much from the beauty of the whole story telling, though.