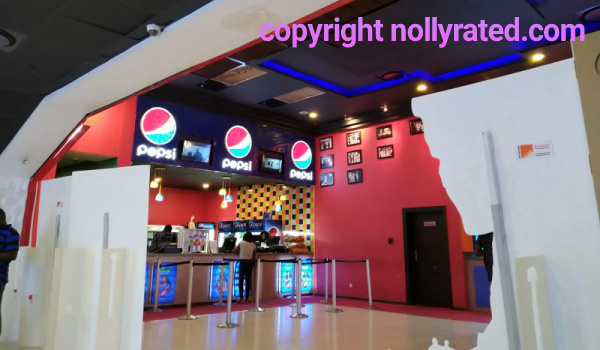 In 2004, the Silverbird group opened the Silverbird Galleria in Victoria Island, Lagos. The Galleria’s plan included shopping facilities and a cinema complex. Thus began the new wave of cinemas across Nigeria.

Before then, we had cinemas that showed Indian movies and the local movies of Ogunde, and other filmmakers. This fizzled out and most of the cinemas were turned into halls of worship for religious bodies. Even the National Theatre was not sustained, till Silverbird opened its doors.

Movie lovers did not have to wait anymore for foreign movies to be available on pirated CDs before enjoying them; young lovers could take their love interests on dates to the cinema, they cost a few nairas.

For obvious reasons, the cinemas receive their greatest number of guests during holiday periods: Christmas, Easter and other holidays. As such, Nigerian movie makers target these times to premiere their movies and catch the greatest number of audiences. Soon enough, Nollywood movies began to rival foreign movies in box office takings.

Then COVID-19 happened. Public places were locked up, and the cinemas, as part of the entertainment industry, took a major hit. When the restriction on movement was relaxed and guidelines for public places implemented, people began to go back to the cinemas. At its peak, Funke Akindele’s Omo Ghetto Saga sometimes had people standing in the halls, despite the COVID restrictions rules in force then.

But in all, the cinemas do not appear to be doing so well any more. The crowds have largely thinned out. In my trips to the cinemas this year, I have noticed the following:

Are we about to witness another dwindling in cinema culture in Nigeria? What could be responsible? Is it inflation, reducing the amount of disposable income available to people?

In 2016, Netflix expanded its services to Nigeria, meaning we could receive the service, but it established Netflix Naija in 2020. Could this also have an effect on the cinema culture in Nigeria, and Nigerians would prefer to watch movies in the comfort of their homes?

With ₦1,200 monthly and data subscription, you can watch Netflix. Are people opting for this as it allows them to watch whenever, wherever and they can watch again and again.

There is a special feel that comes from seeing a movie at the cinema that is not achieved by watching at home. The question now, is the cinema culture about to die, yet again?

1 thought on “Is the newly-revived cinema culture on its way out because of reduced disposable income?”