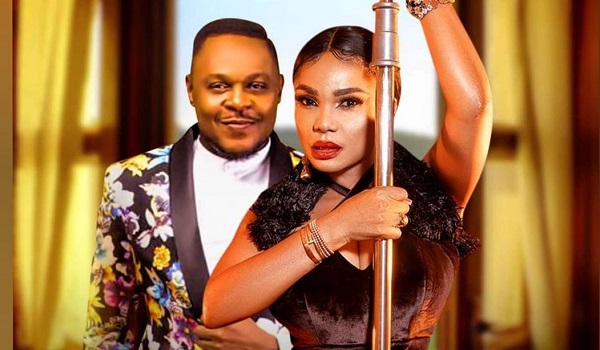 Under The Carpet (2021) Synopsis: The movie tells an intense story of love, sacrifice, pain, suspense, betrayal, and emotion.

Under The Carpet: The Cast

Under The Carpet: The Crew

Under The Carpet Movie: The Review

The main plot of this movie has great potential, but the execution left a lot to be desired and what we got was a mostly boring cinema experience. It takes a lot to move a story from the pages of a script to the screen, and to connect with the audience. In this case, that transition failed and I was not the only one who lost interest in the middle of the movie; many people in the audience got up and left. But being a reviewer, I had to sit through it all however.

There are so many things wrong with the movie, but let’s start with the few good things.

The story has potential. If it had been executed differently, it would have made for a great crime thriller. The cinematography was above average. While the interior shots were dark, the outdoor shots gave us good colours and pictures. It was good to see Moyinoluwa Olutayo on our screens again. She is a great talent and she had good chemistry with the other actors.

It was also good to see that the movie was not choked up with too many actors.

But it took too long to establish the plot, making us wonder for a long time what the story was exactly about. A lot of the acting left a lot to be desired. For example, Tiana’s (Iyabo Ojo) bewilderment at what Ayodeji (Femi Jacobs) was doing for her was unrealistic for a club dancer. The type of club portrayed in the movie was too sophisticated for the level of bewilderment she displayed. Ayo’s reaction to Lucia questioning his judgement was not in line with his earlier portrayed character of an ice king.

The music and audio effects did not always match the seriousness of some of the movie scenes, giving a disconnect between what was going on in the scene and what our ears were subjected to. It messes with the head.

The sub plots were all over the place, leaving a lot of loose ends. Continuity was not properly done for some of the scenes. There was a lot of telling of stories instead of acting, and the use of flashbacks was overdone. There were a lot of filler scenes, making the movie longer than it should be and made the boredom even worse.

Under The Carpet could have ended on a cliffhanger, but that is wishful thinking. What we got was a tacky ending with unrealistic dialogue. This is a movie with too many wasted potentials.