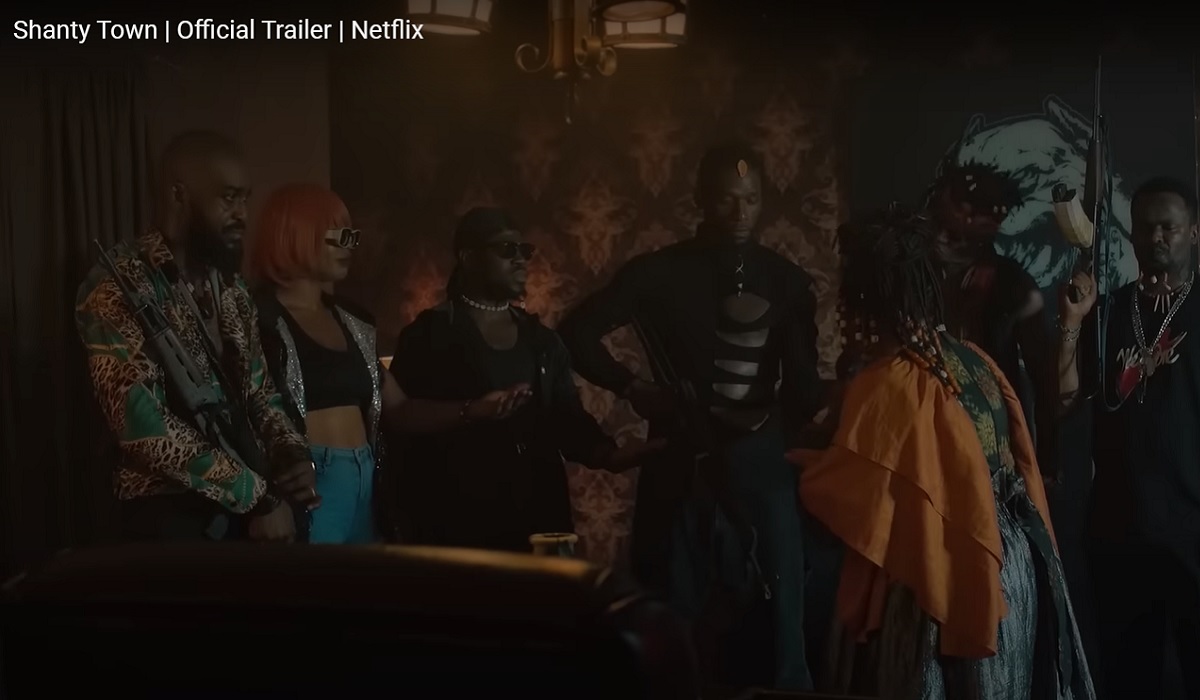 Synopsis: In the 6-part limited series, ShantyTown, a group of courtesans attempts to escape the grasp of a notorious kingpin – but political corruption and blood ties make freedom a near-impossible goal.

Shanty Town is an ode to blood, gore, violence, and very little sex, and it shows that Nollywood is truly pushing the envelope. The production focuses on a theme that we have seen quite a bit. A powerful politician is the real brain behind the drugs and prostitution rings in the slums, but 3 episodes in and I was still struggling to understand what the plot is. The use of suspense and mystery is over flogged, and I almost got bored with the build-up.

I am so glad to see Chidi Mokeme; he practically carries the series on his bare back. Ini Edo gives a fair performance, but she is not fully in the flow and her acting seems forced. We love our Zaddy, RMD, but he is not a convincing drug lord. He is too polished for the role. As good as Nse’s acting is, I think should have completely let go of the perfect English. Her upbringing flies in the face of the environment. I understand Ini’s English: she is working undercover. This is Peter Okoye’s debut acting, so, I do not have an opinion yet on his acting, but this outing is not a stellar performance.

Hearing the Ibibio language featured prominently is refreshingly different from the usual, but a lot of the scenes and acting leave a lot of loose threads.

The fight scenes are not totally believable and attempt to replicate Hollywood a little too much. We don’t fight like this. I don’t know if it’s an Indian style of fighting, Chinese or Nigerian.  The costumer gives the Dame such lovely costumes, but Chief Fernadenz’s clothes look too much like Gen Z clothes. He is a respectable member of the society, a chief, his costume ought to reflect it, and those beads on him are too cheap and in a very obvious way.

One of my main challenges with Nollywood movies and series is the fast resolution of conflict. It just grates to have such a long build up and then a rushed resolution. It insults the intelligence of the viewer. Shanty Town does a decent job of not rushing the resolution; however most of the resolution is talked through. This is a decent production, but there is a lot of room for improvement.

6 thoughts on “Review of Shanty Town, a 2023 Netflix Limited Series: A decent work, with room for improvement”