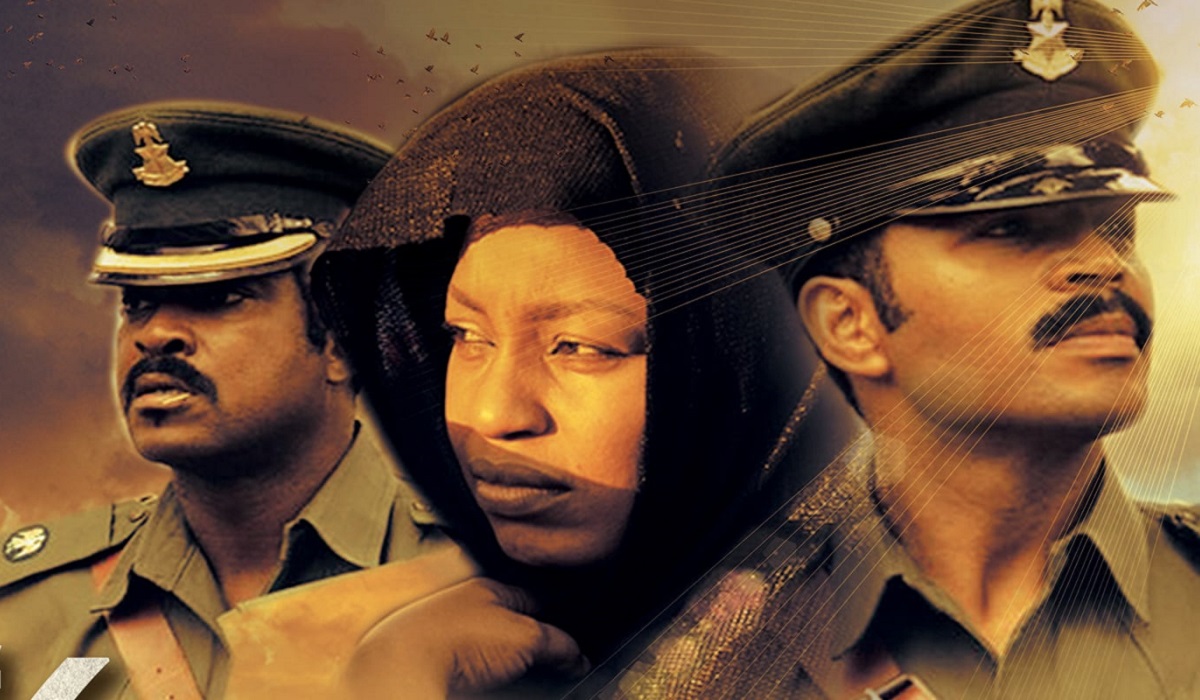 76 (2016) Movie Synopsis: Set six years after the civil war, Joseph Dewa, a young officer from the Middle Belt, gets into a romantic relationship with an O-level student, Suzanne, from the South-eastern region. However, their relationship is strained by constant military postings and Suzanne’s family, who constantly complain of not wanting to have anything to do with Joseph’s people.

In a series of events that followed and betrayal of trust from Joseph’s friend, Gomos, Joseph gets accused of being involved in the unsuccessful 1976 military coup and assassination of General Murtala Mohammed. His only means of proving his innocence is to produce his Identity Card.

Suzanne goes through a lot of emotional pains, coupled with the delivery of a baby girl, as she does everything she can to prove her husband’s innocence.

There are some things that strike you about 76, and these are the things that make it a movie that will become a classic, ageing like fine wine. The movie makes use of authentic costume and props, all the way to the vehicles and Naira notes used. It is refreshing to see so much work go into the details.

76 includes original footage from the events portrayed in the movie, and then blends the colour of the movie itself in. It makes for excellent viewing. The story line is tight, and almost has no unnecessary scenes that could make it boring, yet it is so good that those who were too young, or not yet born, in 1976 but heard stories will easily relate with the production.

The onscreen chemistry between Ramsey and Rita is a testament to their skills and legendary status in Nollywood. It is also lovely to see Chidi Mokeme, who we think has been away for too long.

The movie leaves me with a lot of questions, though. What exactly is Dewa’s secret mission? How was Ikenna, Suzie’s brother, roped in to implicate Dewa? If Dewa was eventually found to be innocent, why was he dismissed from the military?

In spite of these questions, 76 is an excellent piece of artwork. The quality of the work shows the effect of military consultation that was done, and it demonstrates how Nollywood stands to benefit from consulting professionals in portraying their fields and activities, to give the audience the right type of authentic experience.