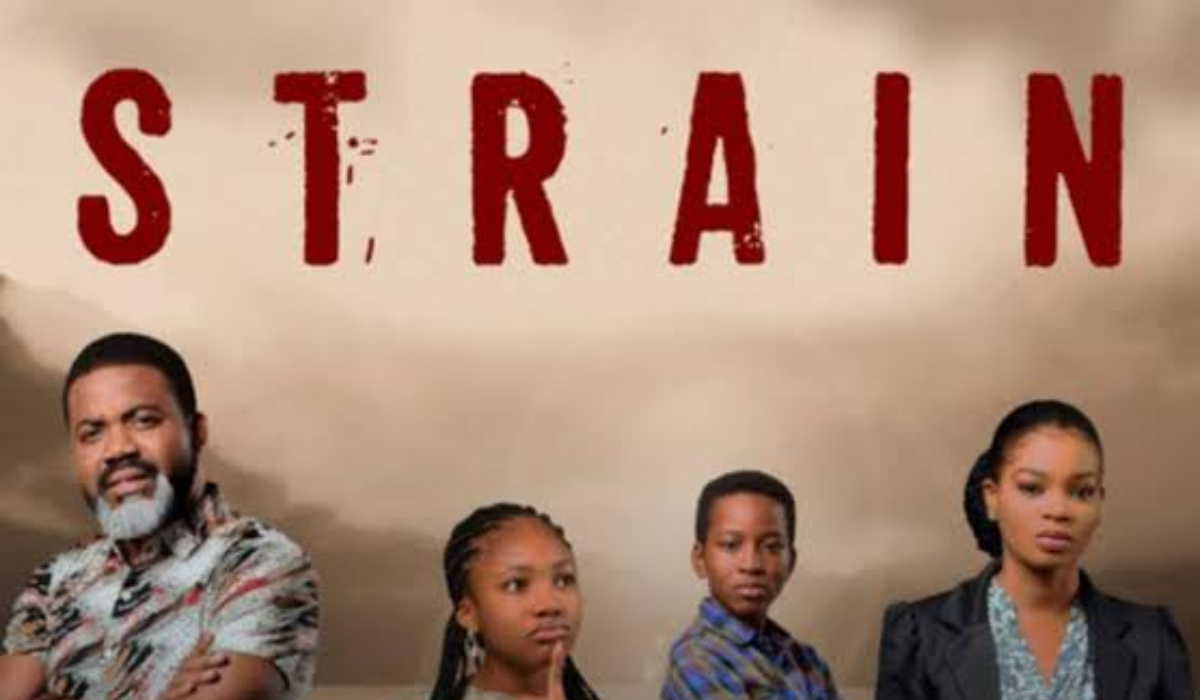 Strain (2020) synopsis: A family man struggles to keep his family happy and united when his son is suddenly diagnosed with Sickle Cell Disease. He must raise funds to care for his sick child.

Strain starts slowly, trying to build up, I wish it starts with a bit more action. But for the subject, it is still good to see how new and unexpected information upsets the idyllic and normal family life.  The title is also a good play on words. It is about the Sickle Cell blood strain, and also about the strain it puts on family relationships, and this is well played out in the movie. Every single person is affected by the diagnosis, even friendships between the children and their friends.

One of the first things that strikes you about this movie is the picture quality. The colours are vivid, and while there are no unusual camera angles, the movie utilizes simple angles well.

Nifemi Lawal and Angel Unigwe truly display good acting skills, but I cannot say the same of Shushu Abubarkar, who plays the role of the mother. She acts like she is acting: she is either displaying surprise wrongly or is too laid back in her response to the crisis in her home. I believe she needs to hone her craft better.

It is good to see a truly qualified doctor acting the role in the movie. For someone who is not a traditional part of the movie industry, Chinonso Ejemba truly embodies the role. It would be good to see Nollywood do more of consulting actual professionals or giving them acting training and using them this way.

The costuming, makeup, and continuity in Strain could have been better executed. The grey beard on the dad is too artificial; it remains the same four years after, and for the intensity of the grey beard, there is none on his head. Even his father has no greys, when we are eventually introduced to him. The clothes given to Okey Uzoeshi are ill-fitting. He is depicted as a struggling artist, but for a man whose wife works in a bank, his clothes could have been better.

It is good to see a Nigerian movie focus on this endemic disease and make some effort in taking away the stigma the society attaches to this disease.