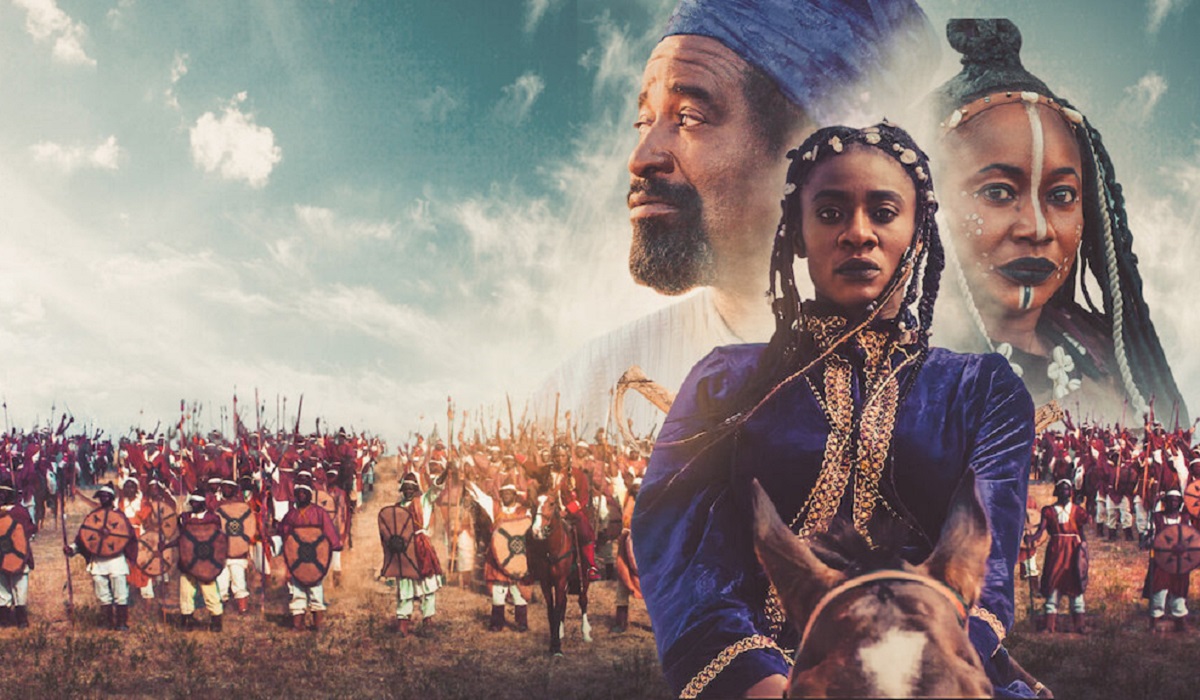 Amina 2021 Movie. Synopsis: In 16th-century Zazzau, now Zaria, in northern Nigeria, Amina must utilize her military skills and tactics to defend her family’s kingdom. The movie is based on a true story.

I do not fully recall the story of Amina, but I expected some artistic licence in the storytelling, to provide excitement and entertainment, but it turned out to be really boring story telling. It took me three tries to complete watching the movie. The production is all over the place, and most characters are not fully developed. Perhaps, Amina would have been better as a limited series to fully capture the essence of the story.

The acting is at best wooden, the dialogue almost staccato, as if the actors are constantly being prompted with their lines. Ali Nuhu’s role felt almost like an afterthought. His acting has always been reserved; in this role, it is as if he does not want to be there, and it feels almost like a cameo.

Amina is known as the warrior Princess and Queen, but the fights and war scenes are not well choreographed. The CGI for the war scenes is too obvious, as I could pick all of them out.

It does not look like the costuming is well researched. While the hairstyles for the ladies look authentic enough, their costumes look too modern for the period the movie is set in. Lastly, I would have preferred the movie shot in the native language and subtitled in English.

Overall, this is a story that has the potential for critical acclaim, but the execution is poor and makes it easily forgettable.