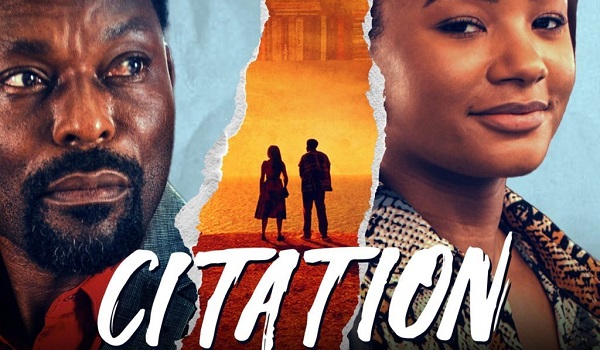 Citation is a 2020 Nigerian film directed by Kunle Afolayan, written by Tunde Babalola and starring Jimmy Jean-Louis, Temi Otedola, and Bukunmi Oluwashina.  Unlike our usual style, we decided to do a Twitter round up before publishing our detailed review.

Since its release on Netflix on Friday, 6 November, 2020, there has been a lot of buzz around the movie. The movie has a lot of the usual suspects, both local and international. It also has some unusual suspects – new and unexpected faces.

The movie has a lot going for it, hence the buzz. It is produced and directed by the prolific movie director, Kunle Afolayan. His younger brother, Gabriel Afolayan, starred in it. They are both sons of the late Ade Afolayan, popularly known as Ade Love, who was known for his love stories in the Yoruba theatre genre, mostly in the 80s.

The movie also stars Temi Otedola, sibling to DJ Cuppy, the popular DJ who has also forayed into singing. Temi and Cuppy are the adorable daughters of one of the richest men in Africa, Femi Otedola.

Citation was also shot in Obafemi Awolowo University, primarily, which is a popular historic landmark in Nigeria.

A large percentage of the people talking about the movie think it is a great movie and worth the time spent seeing it. It is a long movie, 2.5 hours in length.

A few people expressed that the movie was less than average. One of the expressions used was ‘meh’. Some were really excited to see their alma mater, Obafemi Awolowo University, Great Ife.

Some felt the use of multiple languages, Yoruba, English and French was really good in promoting culture, though they said Temi’s spoken French is better than her spoken Yoruba.

Anyway, here is a sample of people’s opinions about the movie, for your enjoyment.

The audacity of Nigerian lecturers. They would ask you to go and pay for a room so they can sleep with you in it. #CitationTheMovie

#CitationTheMovie is a dope movie. I give it 8/10 and @TemiOtedola did well even though her wig is still young

@TemiOtedola finna be my best nigerian actor. #CitationTheMovie truly Inspiring! "We did it"

Much love @kunleafolayan and Crew
Thank you for the hard work and we're proud of you all.
💯💯💯❣️❣️❣️🌹🌹🌹#CitationNetflix #CitationTheMovie #Citation

@TemiOtedola French accent is the sexiest thing ever!!! Merci beaucoup😩!#CitationTheMovie

It's a serious matter when your Alma Mata is on #Netflix

2h 31m was worth it after all. #CitationTheMovie was dope.

I really liked #CitationTheMovie because each scene was curated to tell a story, both nuanced and overt ones. There were little things you could pick from every scene. Not every movie should be gragra. We actually need educative & relatable ones like this.

I really feel like #CitationTheMovie should be shown to lecturers during their one of their usual ASUU meetings. #CitationNetflix

I Just watched #Citation everything about d movie is just too perfect.#CitationNetflix#CitationTheMovie@netflix