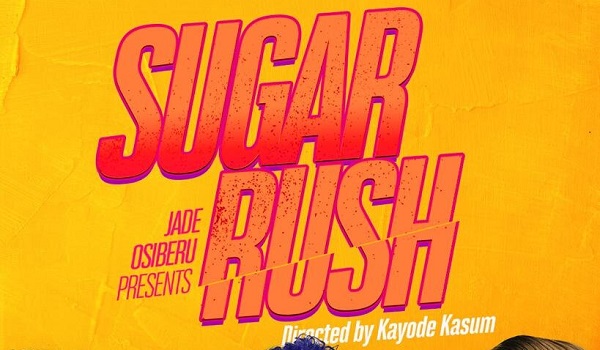 Sugar Rush was released to the cinema in December, 2019, and the global pandemic may have affected its run in the cinemas. But it got a new lease of life when it was accepted on Netflix, and it became available to a larger audience, as the Nigerians in diaspora also had access to the movie. We had reviewed the movie, but this write up is to sample what the audience had to say about the movie.

At a point, the movie was pulled by the Nigerian Films and Movies Censors Board. What guidelines the movie violated were not clear. There was nary a bad word for the movie on Twitter, as we observed. Most of those who saw the movie at the cinema claimed it was worth the hype and the money they spent. Those who saw it on Netflix insisted it was a good watch.

It obviously touched a deep part of the audience. They needed laughter. 2019 had been a heavy year, but even more so has 2020 been. The movie was released to Netflix during the pandemic, and people had minimal places to go to to have fun, so it was a form of therapy for everyone locked in.

Bisola Ayeola received a lot of the accolades we came across. Some viewers have called for her to feature in a movie where she would be the main star. She was that good in interpreting her role in Sugar Rush.

But you didn’t come to this page to read what we think. Below are the comments about Sugar Rush that we found on social media.

I just finished watching #sugarrushthemovie on #Netflix , will I watch it again " NO "
.
I will give my review by weekend 😃, go and watch it first. https://t.co/kfKeHeZ3A3

Sugar rush is worth the hype #SugarRushthemovie

#SugarRushthemovie felt like watching Titanic with the range of emotions (👏🏽👏🏽👏🏽👏🏽) and just when the ship was sinking, the next scene kicks off with something straight outta Agbaranla.

My brother #KayodeKasum FINISHED WORK directing this masterpiece! Incredibly proud and excited for the amazing #JadeOsiberu and the entire team! 🕺 pic.twitter.com/9gEjbJWD95

#sugarrushthemovie is totally worth the hype!!!!

My fav part was the credits. So many people were involved in making #Sugarrushthemovie
Stuff we used to only see in foreign movies pic.twitter.com/i0yKCpKKrP

#Sugarrushthemovie make sense.
Back to back problems… Lmao
U ladies shd be siblings 4 real@iambisola @AdesuaEtomiW @iambisola . It wasn't a waste of time and money.

Damn… Sugar Rush is a movie….

The plot twist is crazy….

Just Finished Watchin #SugarRushtheMovie with d Family Omo, See Crowd. Movie was so Hillarious. Every Cast in d Movie Pull it Off. Shout Out @jadeosiberu @tobibakre You Nailed ur Role Effortlessly on a 100. @iambisola @AdesuaEtomiW @BimboAdemoye @tokstarr Standing Ovation 4UGuys

Ha forget #sugarrushthemovie is a really nice film it's worth every penny I spent. I never even knew that nollywood could produce such films Ahnahn even the actors too they really did well forget I can watch this film a thousand times

Fave mi @tobibakre you did so well. Am super proud of you 🙌🏻
Greater heights is all I pray for 🙏🏻#sugarrushthemovie is a must watch pic.twitter.com/bG3IH7GQp7