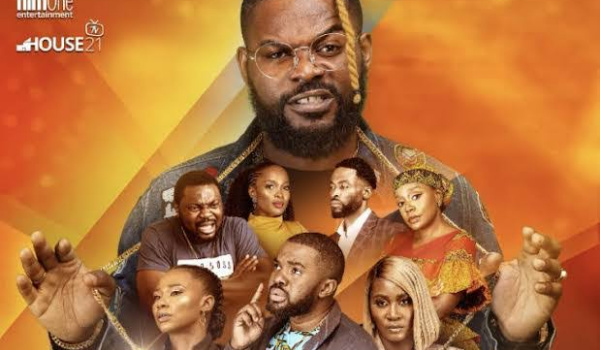 Quam’s Money is a sequel to the 2018 Movie, New Money, but with a different Protagonist and a departure from the previous theme. New Money is a romantic comedy, while Quam’s Money is a mafia and action comedy. The movie opened at the cinemas nationwide on Friday, 11 December and has received extensive feedback on Twitter.

Most of the comments were positive, praising the protagonist, Folarin Falana (Falz) for his role in the movie.  A few people felt the movie was rather too long, but feedback is generally positive on it. Below is a sample of comments from the movie goers who saw the movie.

Have you seen Quam's money?
Full of content.
Full of laughter.
Full of lessons.@falzthebahdguy issa genius#QuamsMoney

So after seeing falz feature in series of movies….I just want to say he's amazing and yeah,he's a spec ❤️#QuamsMoney

So me and my geng we saw #QUAMSMONEY yesterday evening and I must tell you even though it ended with a cliffhanger it was a good watch mehnn… @falzthebahdguy you did a great job on that one man.. I love it we await the part 2 on God.. #vivacinemas pic.twitter.com/ax3OViiXn5

Resist the urge to Shalaye!

What a twist of plot!! 🍿💯#QUAMSMONEY#QuamsMoneyMovie

Getting longer than than I had anticipated… #QUAMSMONEY

Came together well in the end… 👏🏽👏🏽👏🏽#QUAMSMONEY

The tweet is: If you haven't seen #QUAMSMONEY go and see it ooo
Uncle Quams @falzthebahdguy as your future is now secured I am thinkin pe 10% of the 50mill$ would be nice infact 4.9mill$ wa pa.

That's one action I like.#QUAMSMONEY#Quam

An interesting plot twist! Not expected at all #QUAMSMONEY

Only in Nigeria, will you call a movie a blockbuster and there is no makeup 💄 to depict a gunshot wound #quamsmoney. Guys, you can do better.

So, I promised a review yesterday.#QuamsMoney is a good watch.

Storyline had some hitches but wasn’t bad but the plot twist made up for everything @falzthebahdguy sometimes forgot he was supposed to be an illiterate and spoke proper, clean english🤣🤣🤣 https://t.co/0UTJ1yUNO0

For my sanity, had to choose between #MUNMCI and #QuamsMoney…

Guess who's watching "The crush of his life" @NseIkpeEtim at Exosdus…

I'm sure she approves.