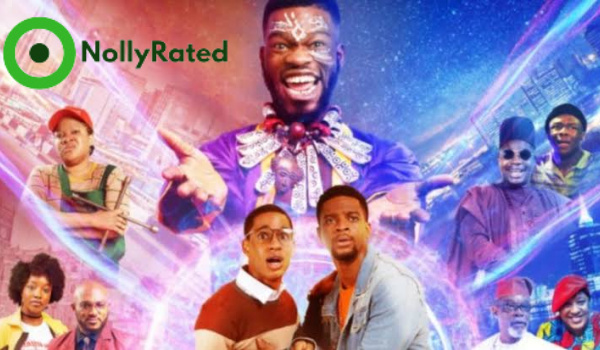 Synopsis: Day of Destiny is the thrilling adventure of Chidi and Rotimi, teenagers who get a magical chance to travel back in time and change their broke parents’ past. It is the first family adventure film out of Nigeria.

The movie, Day of Destiny (DoD), promised adventure, and loads of comedy. What I got instead was a snooze fest, little adventure, and a sprinkling of half-hearted laughter. DoD reminds you of the Back to the Future franchise (it might as well have been shot during that period), but not in a good way.

The movie started well enough, though I would have expected a more powerful beginning. I kept waiting for the movie to wow me, as an adventure flick should, but I was disappointed.

The plot was very simple and straightforward, with very minimal conflict or excitement to make you remember the movie.

The actors did their best though, given the script they had to work with, but the story had little depth and it did not fully explore the opportunities available for the movie. Toyin Abrahams did well as a taxi driver, and it was refreshing to see a woman cast in that role.

Denola Grey acting alongside Olumide Oworu was okay, but it was obvious Denola was still learning the ropes of Nollywood acting. He was not quite natural. Olumide Oworu made up for what Denola lacked. Broda Shaggy has established himself as a loud comic in Nollywood; I hope he will explore more serious roles in the future.

One good thing about the movie were the props and costumes. The crew got the right costumes and vehicles for the period being depicted. I liked the part about the currency confusion.

In all, Day of Destiny did not live up to the expectations that were drummed up in the trailer.